Biwair is an ode to the gameplay of the cult game Every Extend. It can be thrown in the shooter genre, but taking into account that the only way to attack is self-destruction. When doing it, you explode and hit enemies, which also explode and hit other enemies, starting a chain reaction that give increasing points the longer it is.

Since every attack supposes losing a life -self destructing-, it’s a necessity to play intelligent and carefully. Luckily, it’s easy to get extra lifes at first, although it gets harder and harder as the game advances.

Chained explosions give more points the longer they are, so the suicidal attacks have to be planned ahead. To maximize the score, it’s necessary to pick up power-ups that increase the game speed, taking a toll in reflexes but increasing the chances of longer chains.

The game is implemented in ActionScript 3.0, with a full event-oriented approach, allowing not only to play in the browser but also compiling it for any platform with Adobe AIR (Windows, Linux, iOS, Android). 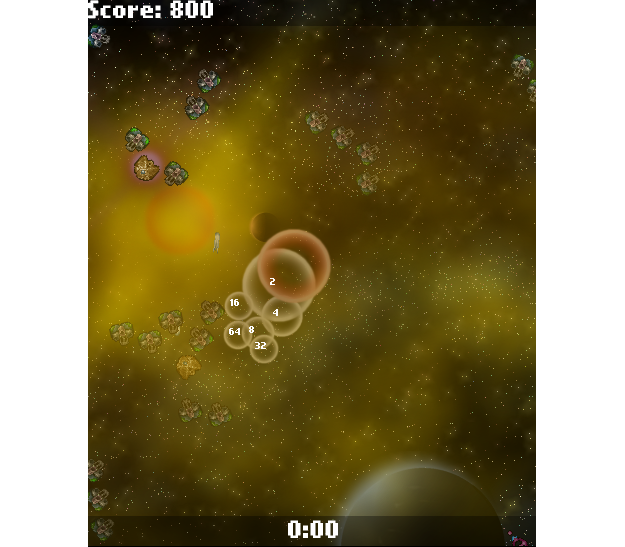 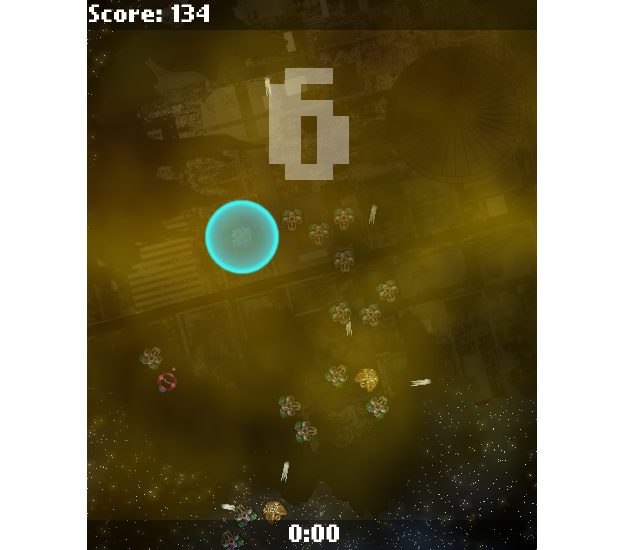